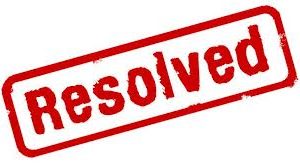 Alas! After three long weeks, Google has resolved the (not set) issue with the Google Analytics AdWords Matched Search Query data. On November 12th, we reported that nearly half of the AdWords Search Query data was showing as (not set)—and to make matters worse, nearly half of the historical data was missing as well. Within a couple days—and after several angry posts by the AdWords Community—the Google Technical Team indirectly announced that they were working on a solution with a projected completion date of December 4th.

For a company like ServicersWeb, this technical issue was more than an inconvenience, and I’m certain we weren’t alone in the sentiment. After posting our blog about the AdWords Search Query (not set) issue we experienced fairly heavy blog traffic from other advertisers experiencing the same problem. The large Search Engine Marketing sites weren’t reporting on the issue, which suggests to me that smaller businesses without a custom AdWords API or third party software were the largest group affected.

As the weeks rolled on, some people were arguing that the issue was a result of a larger, permanent change announced by Google back in April. We wanted to fight the naysayers (because Google wouldn’t do that to us!!), but decided to hold our tongues until the projected December 4th resolution date passed. (Which, I might add, was extremely difficult to do since we signed on two new clients in November. As any good PPC manager knows, it is very difficult to analyze keyword performance data with the two-day delay provided with the AdWords keyword detail reports.)

Needless to say, we’re happy to be back on track. A big THANK YOU to the Google technical team for working hard on the resolution.

Do NOT follow this link or you will be banned from the site!